Vaping and your oral health 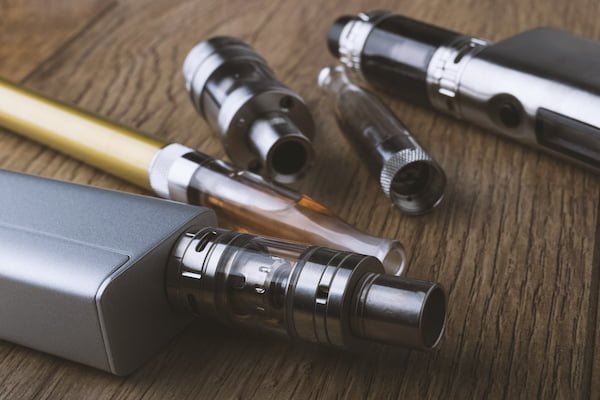 Have you noticed vaping going on around you lately?

It’s even been creeping into a few movies and tv shows, in books and online and we thought now would be a great time to share some information on vaping, the risks it poses to your health and in particular, your oral health.

The vapour is created when battery charged e-cigarettes heat liquid that contains nicotine (extracted from tobacco), flavours and other chemicals, until a gas or aerosol is formed. As the user breathes in, smoke is drawn through the device and inhaled into the lungs.

There has been some promotion of vaping by vape device companies, along with general chat online, suggesting e-cigarettes are a pathway to reducing nicotine or managing nicotine addiction; touting it as a ‘soft’ option to tobacco cigarettes. There is insufficient evidence to support this suggested benefit or outcome.

Of interest, the Medical Journal of Australia notes that “thus far, no e‐cigarette product for the therapeutic purpose of smoking cessation has been submitted to Australia’s Therapeutic Goods Administration for safety evaluation or approval”.

How popular is vaping in Australia?

The Alcohol and Drug Foundation website shares some very interesting study results that show vaping in Australia is on the rise, particularly in young people. The data below compares Australian e-cigarette use between 2016 to 2019.

It’s interesting to see the images used to promote vaping, the majority of which show uber-cool, good-looking young people.  Much of the marketing around vaping shows it to be an edgy, cool, hip activity choice for young people.

Does vaping pose a risk to oral health?

In an article in 2016  Dr Peter Alldritt, Chair of the Australian Dental Association (ADA)’s Oral Health Committee warned that e-cigarettes, “whether tobacco filled or not, could increase a person’s risk of cancer”. The ADA’s statement also noted that ‘the addition of fruit flavouring and sweeteners does not reduce the harmful effects of the smoke’.

The temperature of the inhaled vapour can effect oral tissue health with different e-cigarette models, some with modifications, heating the liquid to temperatures ranging between 130C to 350C.

And what about risks to general health?

The Australian Medical Association (AMA), Cancer Council of Australia, Therapeutic Goods Administration (TGA) are just some of the organisations urging serious caution in e-cigarette use, particularly given the unregulated nature of the liquids that are used by e-cigarettes.

John Hopkins University’s online publication hopkinsmedicine.org has published an article that points out that nicotine in the tobacco of combustible cigarettes is known to be addictive and when nicotine is added in liquid form in e-cigarettes it is still an addictive substance. Also noted is the fact that e-cigarettes are able to deliver nicotine at levels comparable to conventional cigarettes.

The consensus among medical bodies appears to be that not enough research has been done to date and not enough time has passed to establish the health impacts of vaping. Medical authorities also warn those using or considering using e-cigarettes should first understand that the ‘jury is still out’ on the long term effects of vaping and that there is no evidence that e-cigarettes effectively reduce smoking addiction.

If you’d like to know more about the oral health impacts of smoking combustible, or traditional, cigarettes check out our news article ‘Smoking and your oral health’. 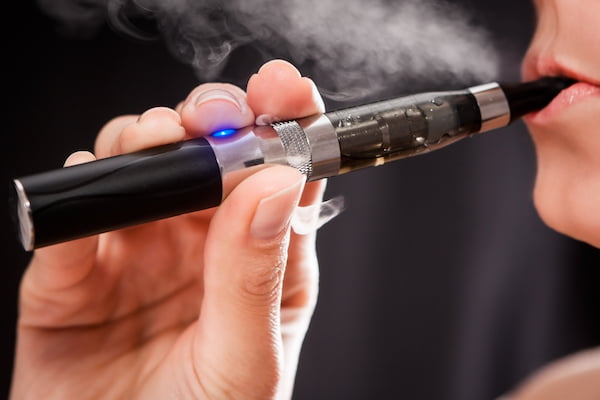